It is designed to communicate with radio, two-way transmitters and mobile phones.
This model is available in a choice of two colours (brown or orange) and the outer part by contrast is in beige.

The special features of the standard model remain unchanged and in addition there is the possibility to communicate both in receipt and transmission thanks to the use of the Magnetic Induction Neckloop.

By positioning the Collar around the neck, an invisible magnetic fl ow is generated which transfers the signal from the source (Two-way transmitter, Radio or Mobile) directly to the Shothunt earpieces equipped with a magnetic coil (T-Coil).

The signal is then amplifi ed and converted into sound by the Wireless model earpieces. To communicate then simply press the PTT switch and speak into the microphone placed on the switch itself.

Every radio or mobile phone has a specific jack; let us know your model before purchasing the earpieces to identify the correct Magnetic Neckloop.

REMOTE COMMUNICATION MINUS THE BULK 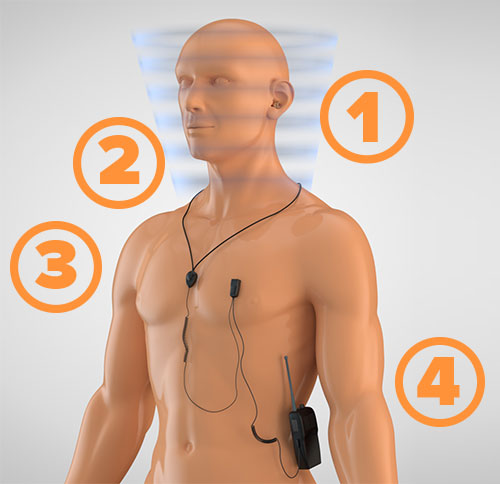 1. SHOTHUNT EARPLUGS
2. MAGNETIC INDUCTION NECKLOOP
3. MICROPHONE AND PTT BUTTON
4. RADIO
How to use the neckloop
1. Wear Shothunt earplugs
2. Place the neckloop around the neck, as shown in the picture.
3. Use the clip to fasten the PTT button in a suitable place to push it and make sure it is reached by your voice.
4. Connect the jack to the radio or to the phone. Each model of radio or phone has its own jack. Please, choose the Magnetic Neckloop model which fits to your radio/phone.
5. Turn the radio/phone on and adjust the volume. If the sound is too faint, increase the volume of the radio/phone and, if needed, Shothunt earplugs as well.
6. To communicate, push the PTT button and speak close to the microphone placed on the button.
TECHNICAL NOTE
DOWNLOAD INSTRUCTIONS
DOWNLOAD TEST REPORT
DOWNLOAD WARRANTY CARD 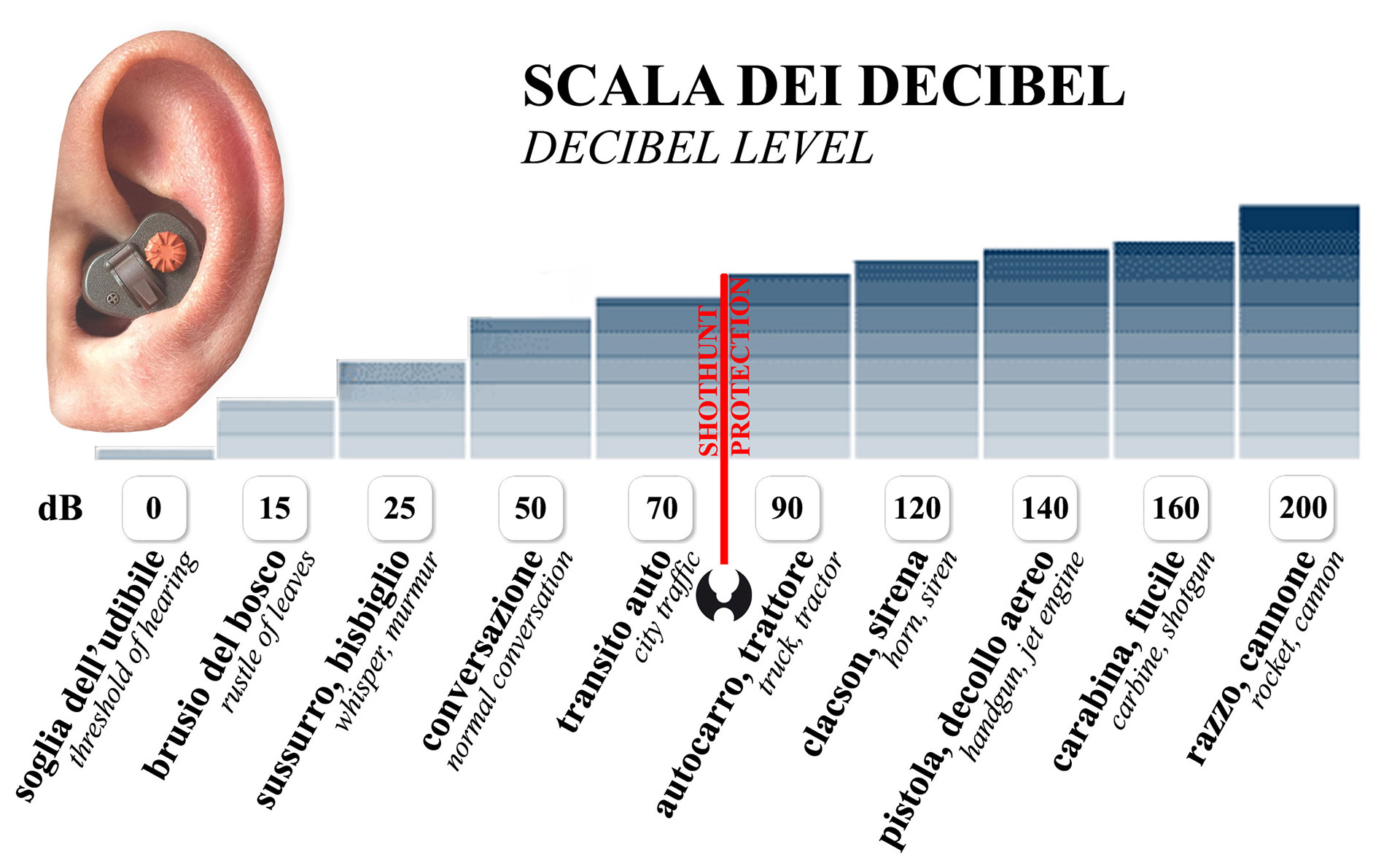